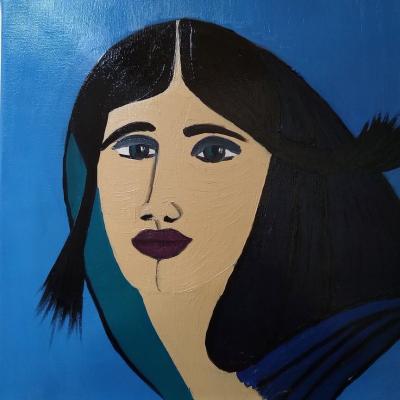 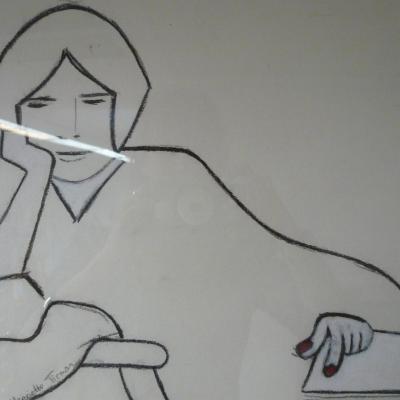 When Corina Karstenberg (°1967, Netherlands) exhibited at TABLOO for the first time four years ago, she could never have imagined that on her 55th her work would reach galleries in Venice, Rome and Florence. However, she also regularly returns to Leuven, where in the early years ’90 she learned to paint with oil “under the loving guidance of Pol Marien at the Leuven Academy of Art”, as she tells with a lot of appreciation. After her Belgian adventure as restorer of African art, she followed religion studies and then a master in cultural history at Radboud University in Nijmegen. These two subjects – religion and culture – she then incorporated into her portraits of people worldwide with symbols incorporated that often are related to their cultural and religious background and have influenced their life stories.

Corina painted the first portrait 27 years ago of a Cambodian woman who was murdered by the Khmer Rouge. She gave it the title Potential Refugee, because that woman had not had the opportunity to flee her country. After Corina recently returned from an inspiring trip to Namibia, she made a small oil painting of Jina Amini following the woman who died in Iran from her police injuries because her hair was not well. As a starting point, she took a pastel drawing of Malala Yousafzai, which was shown at TABLOO in the autumn of 2018.