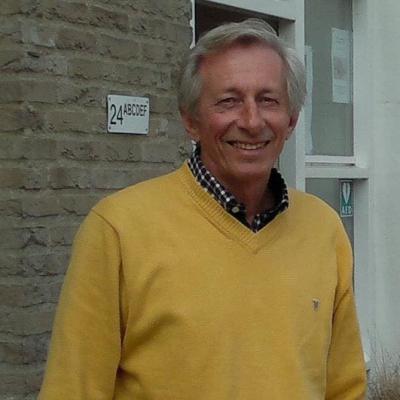 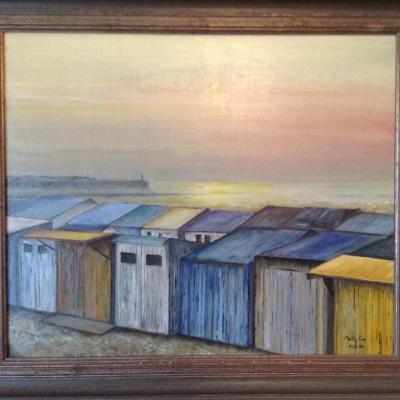 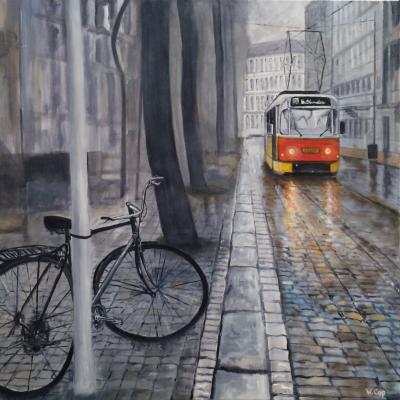 Willy Cop (°1946) will exhibit his work at TABLOO during this period. Since his youth, he was considered as one of the best of his class for drawing. In college he was teached the basic principles about shape, colour, shadow, perspective,… by teachers from the Antwerp academy. Later on, he developed these skills as an autodidact. He made his first oil painting 30 years ago. In fact, Willy was born with the art of oil painting:

“I remember, when I was about eight years old, the particular smell of oil paint. My father was painting a copy of the ‘Descent from the Cross’ of P.P. Rubens and I found that very beautiful.”

Willy is a figurative painter because he represents the reality and embellishes it according to his taste so that a new image is created from the original scene. Willy is also a fan of impressionism. The main subjects in his work are the sea, beach cabins, flowers, ships, trams,… Since the last years, he focusses on rain and it’s reflections by which the reality is transformed in a particular way. Willy also likes contradictions in colour use: from one side the alternations with vivid colours, from the other side the sobriety but also the richdom of hundreds of tones of grey which can be at the same time so colourfull.